In this article, you will find all our tips for renting a motorbike in Leh, Ladakh: which Royal Enfield? At what price? Road condition, insurance, etc. We also suggest you a selection of reliable and serious rental companies. 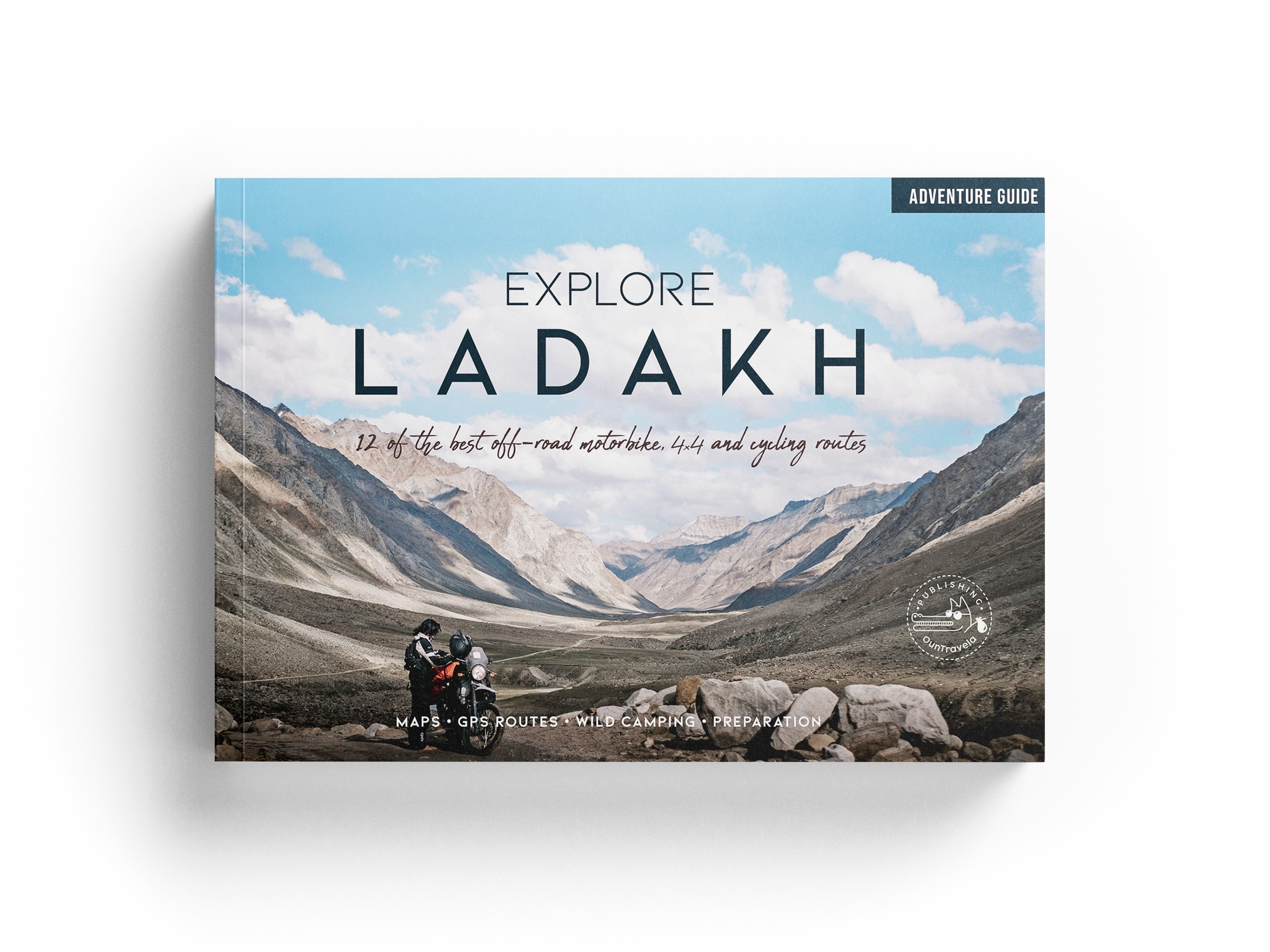 Which motorbike to travel in Ladakh?

Top tips before hitting the road

Rent a bike in Leh

A rugged land, known for being home to some of the world’s highest roads, Ladakh is the dream destination for an adventure off the beaten track. This Indian region, nestled in the Himalayas, offers a variety of landscapes and wide-open spaces simply waiting to be explored. Interspersed with dizzyingly high summits, reaching up to 8,000 m, Ladakh is spread out across magnificent lunar landscapes and deep valleys, carved out by erosion. From Tibetan monasteries perched in the mountains to small remote villages set in the valleys, visiting Ladakh is a journey back in time!

Designed like a roadbook, and illustrated with a multitude of maps and photos, EXPLORE LADAKH is both a tool and guide for independent travellers who wish to discover, understand, and explore Ladakh. We offer in this book a selection of 12 unexplored trails, to discover by motorbike, 4×4 or bicycle.

Before choosing your motorbike, it is important to know the condition of the roads and tracks you will take.

The roads between Manali, Leh and Srinagar (via Kargil) are paved and well-maintained. The road to the the Nubra Valley via Kardung La Pass is also paved.

Apart from these routes, you will ride on more or less well maintained mountain tracks. Some tracks are in very good condition because they are regularly maintained by the army, but not all of them. Landslides are frequent and stones can be found on the roads. There are many fords, especially during the spring snowmelt.

Bear in mind that you will be on some of the world’s highest roads. The gradient on these routes can occasionally reach 30% so a powerful motorbike is highly recommended. Don’t forget that on top of your own weight you need to add the weight of your gear, equipment and fuel reserves, which will quickly load and slow down the motorbike.

Bear in mind that the conditions can be extreme due to snow and a slippery road surface, especially on mountain passes. The majority of the routes are on stony or sandy tracks, so a trail bike is highly recommended.

As a general rule, be careful and never drive at night.

Which motorbike to travel in Ladakh?

Due to increasing demand, the local authorities have decided to introduce tighter controls on motorbike rental in Ladakh.

The rental prices are regulated, fixed and non-negotiable. Above is the list of motorbikes which you can find in rental agencies in Leh, along with the price per day for 2022. In July and August, we recommend you reserve in advance.

Confronted with these different possibilities, our choice for exploring Ladakh went naturally to the 411 cc Royal Enfield Himalayan. This latest model is perfectly adapted for the routes we outline in the book. With suspension designed for off-road riding and off-road tyres, we chose this motorbike so as to have no constraints when it came to exploring. There are two models of the Himalayan: 2016, 2018 and 2021. We strongly recommend going for the 2 latest model as it has a new fuel injection system which allows the motor to work better at high altitudes. 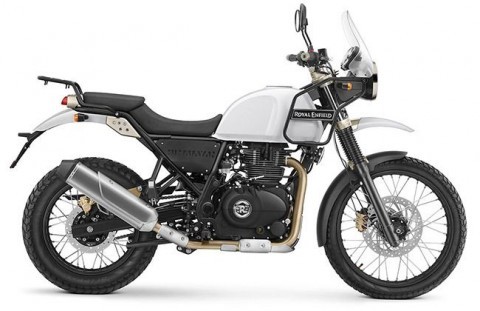 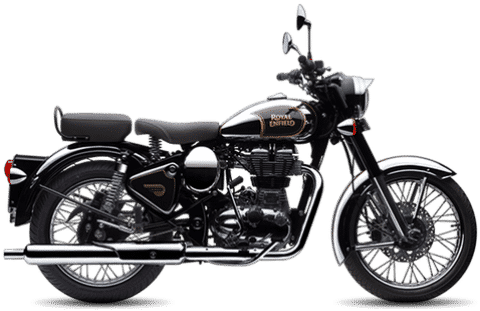 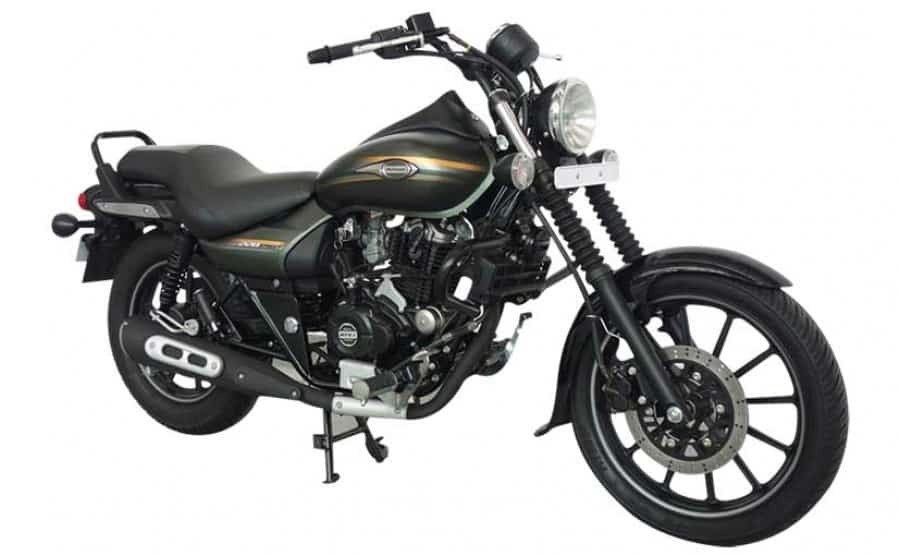 Be careful, when visiting Ladakh, you must rent your motorbike in Leh. Any motorbike which has been rented outside Ladakh will be stopped by the authorities. However, you are permitted to drive your own vehicle (vehicle papers in your name).

Top tips before hitting the road

Before hitting the road, it is important to perform several safety checks on your motorbike! The first thing is to check the state of the tyres; which should still have ample tread bars. Check their pressure and adjust it as required before setting off. If you are riding with a pillion then slightly deflate your tyres. Next, make sure to check the oil level (even if you are going to travel with a supply of oil), the condition of the brake pads and the chain. As a general rule, always check everything to do with the transmission (tension, tuning and lubrication need to be perfect). Finally, check the suspension carefully. If it is possible to adjust it, do it as part of the agreed additional charges.

There aren’t a huge amount of service stations. You can find them on the general map of the book EXPLORE LADAKH. Allow for carrying two 5 litre cans of fuel. In general, you can ride 25 or 30 km per litre of fuel. This gives you about 625 km of self-sufficiency if you are riding the Himalayan 410 with two 5-litre cans.

Fuel consumption varies according to the model of motorbike. The rental agency will be able to give you the most accurate information for each motorbike.

Access to certain areas of Ladakh is restricted for visitors. In order to be able to access these areas (where most of the routes described in this book are located) you must apply for an Inner Line Permit. Visitors will also need to get hold of a Protected Area Permit. Please find all the informations about this special Permit and the map of restricted areas in this article : How to get the Inner line Permit ?

Rent a bike in Leh

Most of the bike rental agencies are located in Leh. Please note that it is forbidden to ride in Ldakh with a bike rented outside Ladakh (like Manali for example). Here is a selection of very serious and professional bike rental companies in Leh.

The Royal Enfield Specialist in Leh

Gurmat is one of the most recognized specialists for bike rentals in Ladakh. Today, he has about fifty motorcycles in his garage!
His motorcycles are recent and he has the latest Himalayan of 2018 with injector (more power in high altitude).

In 2018, we rented 3 Himalayans during our exploration of Ladakh and the service was perfect: we came back to Leh every 7 days to renew the Inner Line Permit and to do a complete check up of our bikes (without extra charge).

A trusted address in Leh for all your rentals. 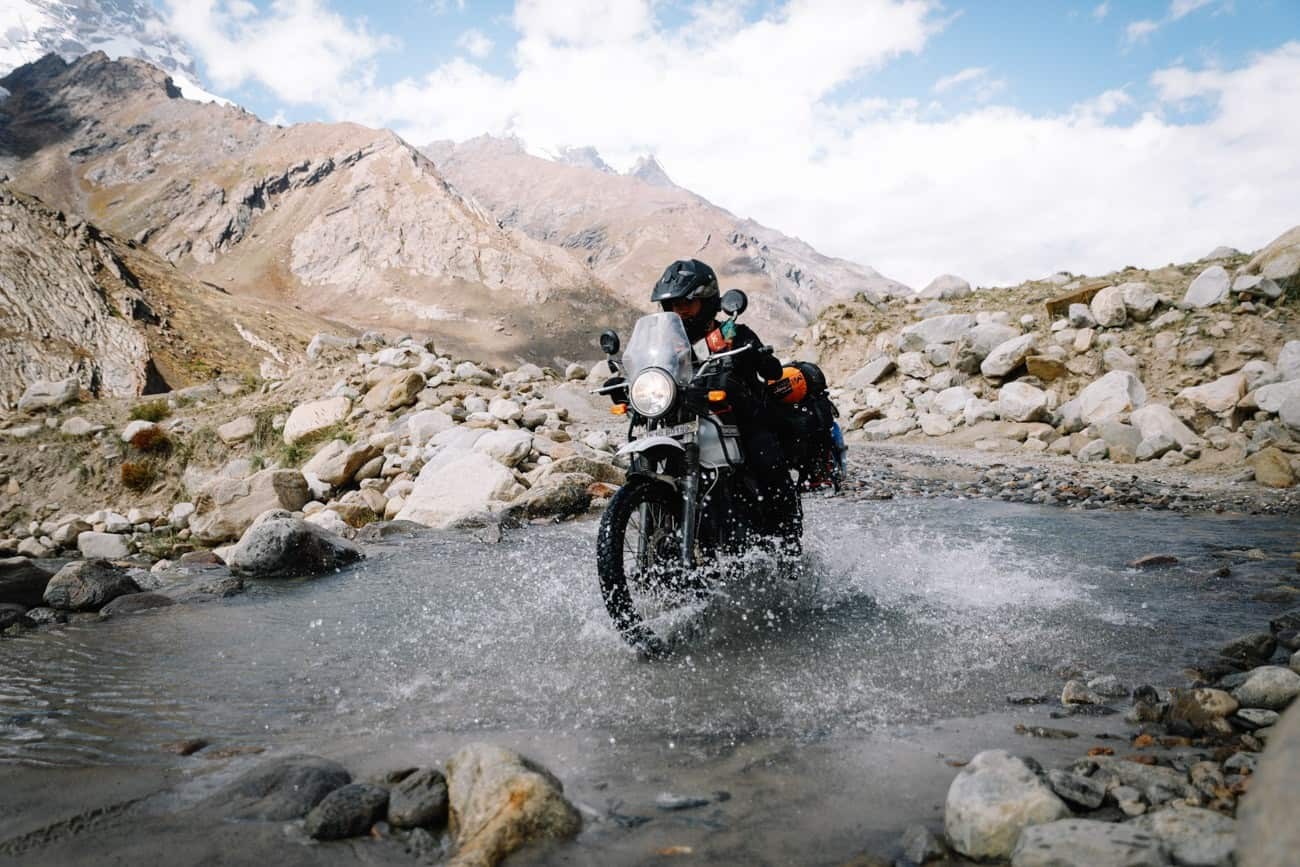 The OunTravela choice: this recent motorcycle is perfectly adapted to the off-road routes we propose in our book. The suspensions are adapted and its ground clearance allows it to go anywhere! We recommend the 2018-2022 model because it has a new fuel injection system that is more efficient at high altitude!

A timeless machine with inimitable charm. The driving position is natural, slightly relaxed, with a slightly forward foot position, which you get used to very quickly. The classic 500cc is a road bike, but you'll still be able to ride it on the off-road track. 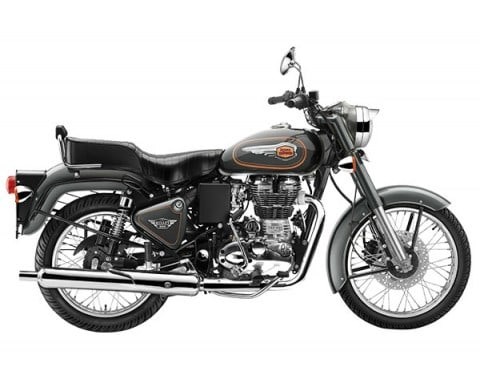 The Standard 500 is carbureted and the Classic 500 is fuel-injected. We recommend a fuel injection system for Ladakh because of the much better performance at high altitudes. Purists will still be delighted with this magnificent Royal Enfield Standard 500 with a retro look! 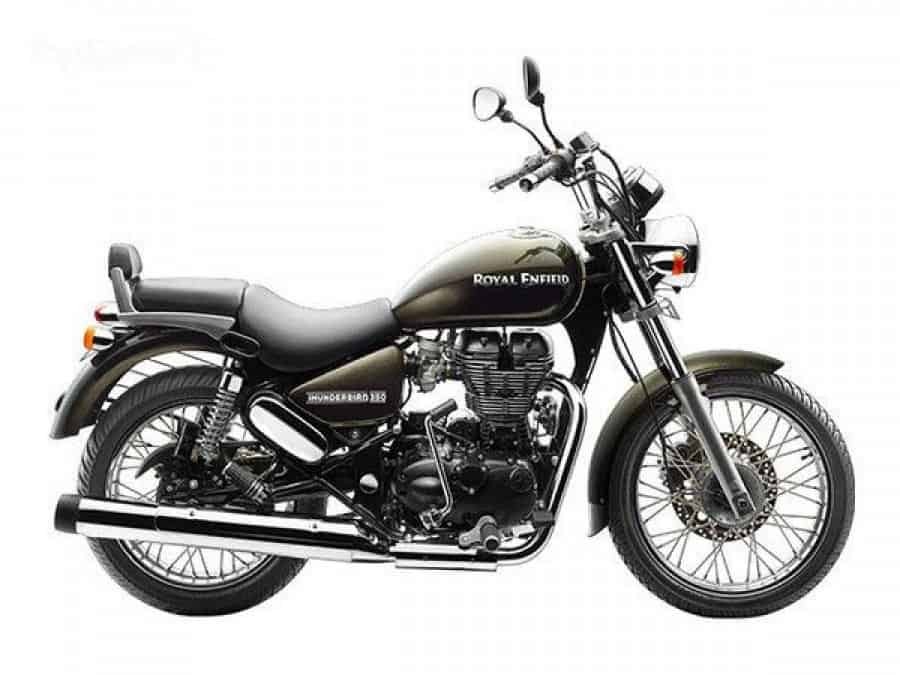 This Royal Enfield features a large 20L fuel tank and a wide and comfortable seat. A motorcycle to take your time in the Himalayan scenery. Indeed, it will be a bit limited in terms of power compared to its bigger sisters with a higher power output. 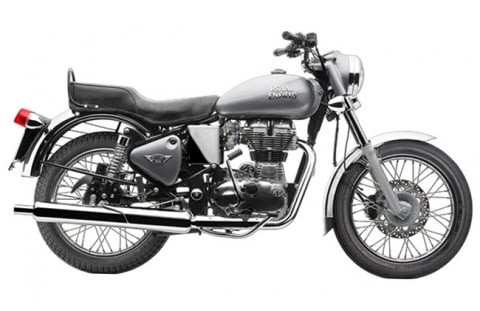 Known to be very comfortable, the Bullet Electra has a very marked retro style! Its grip is easy to handle and the position on the bike is comfortable. Perfect for a little trip to Ladakh at a very reasonable price.

The Avenger 220 is a very famous motorcycle in India thanks to its reliability, price, performance, maintenance cost and glamour!

I recently realized your website the other time and that i happen to be following https://sites.google.com/view/iogms/game/wormate-io

Certainly with your thoughts here and that i love your blog! https://sites.google.com/view/iogms/game/lordz-io

This is exceedingly fascinating, You are a jolly dab hand blogger. https://sites.google.com/view/iogms/game/betrayal-io

Hi this is pretty of substandard topic but I was wondering if blogs take https://sites.google.com/view/iogms/game/digdig-io

Your blog is one of a big-hearted, i love the way you pigeon-hole the topics https://sites.google.com/view/iogms/game/draw-io

Our products about Ladakh 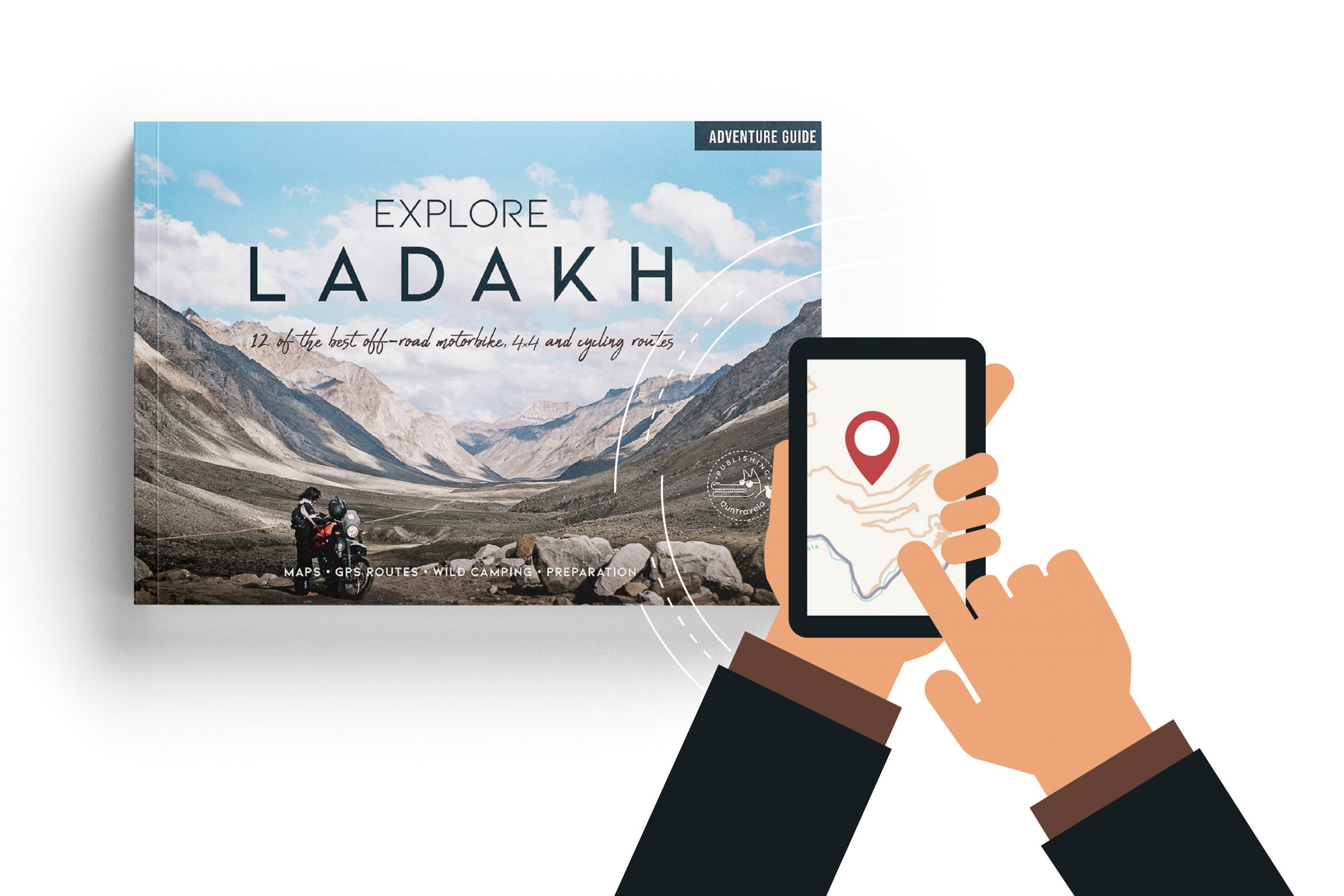 How to get Inner Line Permit ?