In this article, you will find all our tips for renting a motorbike in Georgia: which model? At what price? Road condition, insurance, etc. We also suggest you a selection of reliable and serious rental companies.

If you are planning a trip to Georgia, our book EXPLORE GEORGIA will be of great help to you. 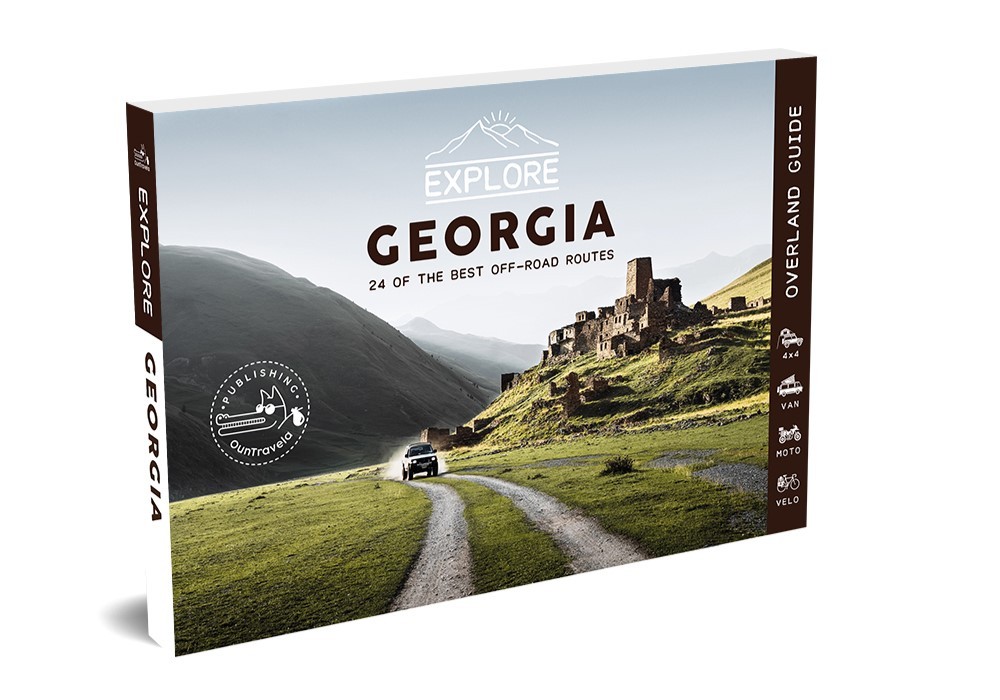 Travelling by motorbike in Georgia

Which bike for your road-trip in Georgia?

Rent a motorbike in Tbilisi 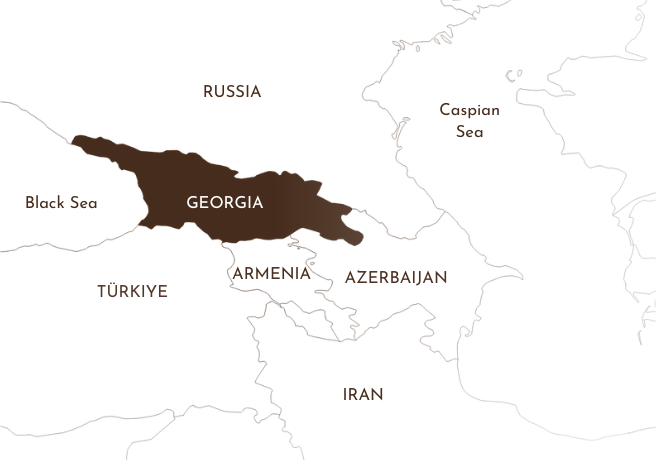 Georgia is a paradise for any adventurous rider. From the desert tracks of Vashlovani to the mountain passes of the Greater Caucasus, the wild beauty of this small country will amaze you. In our book EXPLORE GEORGIA you will find a selection of 24 off-road routes throughout the country. The motorbike will give you a unique feeling of freedom and will attract the curiosity of the locals.

Some rental companies are specialised in renting trail-type motorbikes with all the right equipment to travel independently.

If you wish to rent a motorbike in Georgia, we recommend that you arrange this in advance. Despite there being ever more agencies, the demand is still greater than the supply.

The roads connecting the main cities of Georgia are paved. You won’t need a trail-type motorbike to get to the main towns (Tbilisi, Kutaisi, Batumi, etc). Although a lot of work has been carried out in recent years to improve the state of the road network, you should still travel carefully. The roads can be deteriorated by potholes, bumps and debris. Even on sections where the roads have just been finished, we do not recommend that you drive too fast. Moreover, Georgians drive very dangerously.

When you leave the main roads, you will be on tracks where the conditions are very variable. To help you, we have classified the routes of the book EXPLORE GEORGIA by difficulty levels, from 1 to 5. As some routes are poorly maintained, their degree of difficulty may vary according to the weather and recent flooding or landslides. If in doubt about an itinerary, do not hesitate to ask the local people or the tourist offices.

Which bike for your trip in Georgia?

There are very few motorbikes in Georgia, unless in the large towns (Tbilisi, Kutaisi, Batumi, etc.)

You will be able to ride on the main, paved roads with any type of motorbike, but as we have said, beware of potholes, bumps and other defects that the road may have. In general, ride slowly because danger can spring from anywhere, especially the large amount of animals that roam freely in Georgia. You are vulnerable on a motorbike, and medical emergency services are quite limited, so it’s better to prevent it.

For riding on Georgian tracks, we strongly recommend a light and powerful trail-type motorbike and off-road tyres.

The biggest difficulty is the mud. Dirt tracks can quickly turn into quagmires. Beware of forest paths, where the ground remains wet for several days after a rainy spell. Also note that conditions can become extreme with snow and slippery roads, especially when riding over mountain passes.

Beware of sheepdogs which can be very aggressive in Georgia. It is best to avoid passing near shepherd’s camps.

Don’t forget that in addition to your own weight, you also have to add the weight of your equipment and any fuel reserves, which can quickly make the bike heavier and slower. 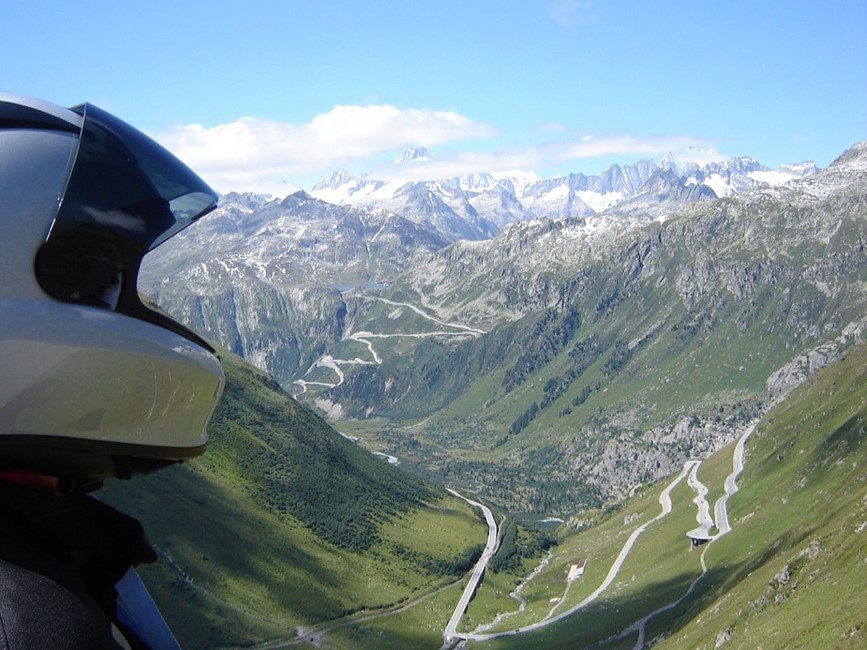 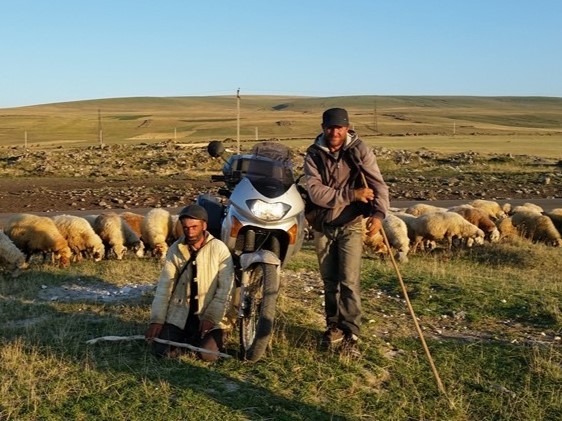 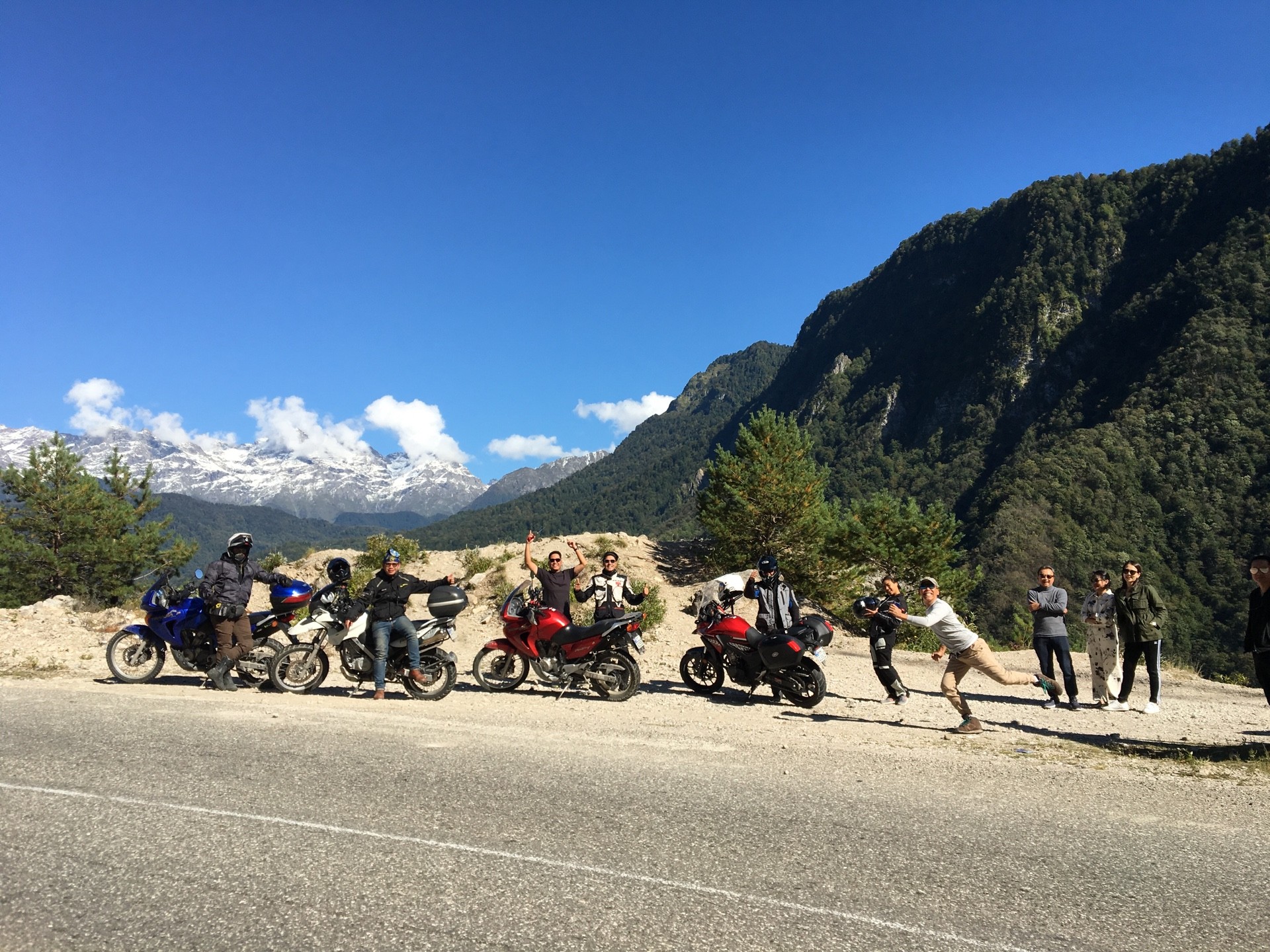 Rent a motorbike in Tbilisi

The majority of rental agencies are located in Tbilisi. There are not many rental companies, but the market is growing. We advise you to book in advance. Here is a selection of serious and professional rental companies in Tbilisi.

Levani is a passionate rider who decided to share his knowledge and experience travelling in Georgia.

He is providing a wide choice of motorbikes ready for long journeys with all the necessary equipment to travel independently.

Levani speaks English and Russian. He will help you to make this trip unforgettable! He also provides guided tours! 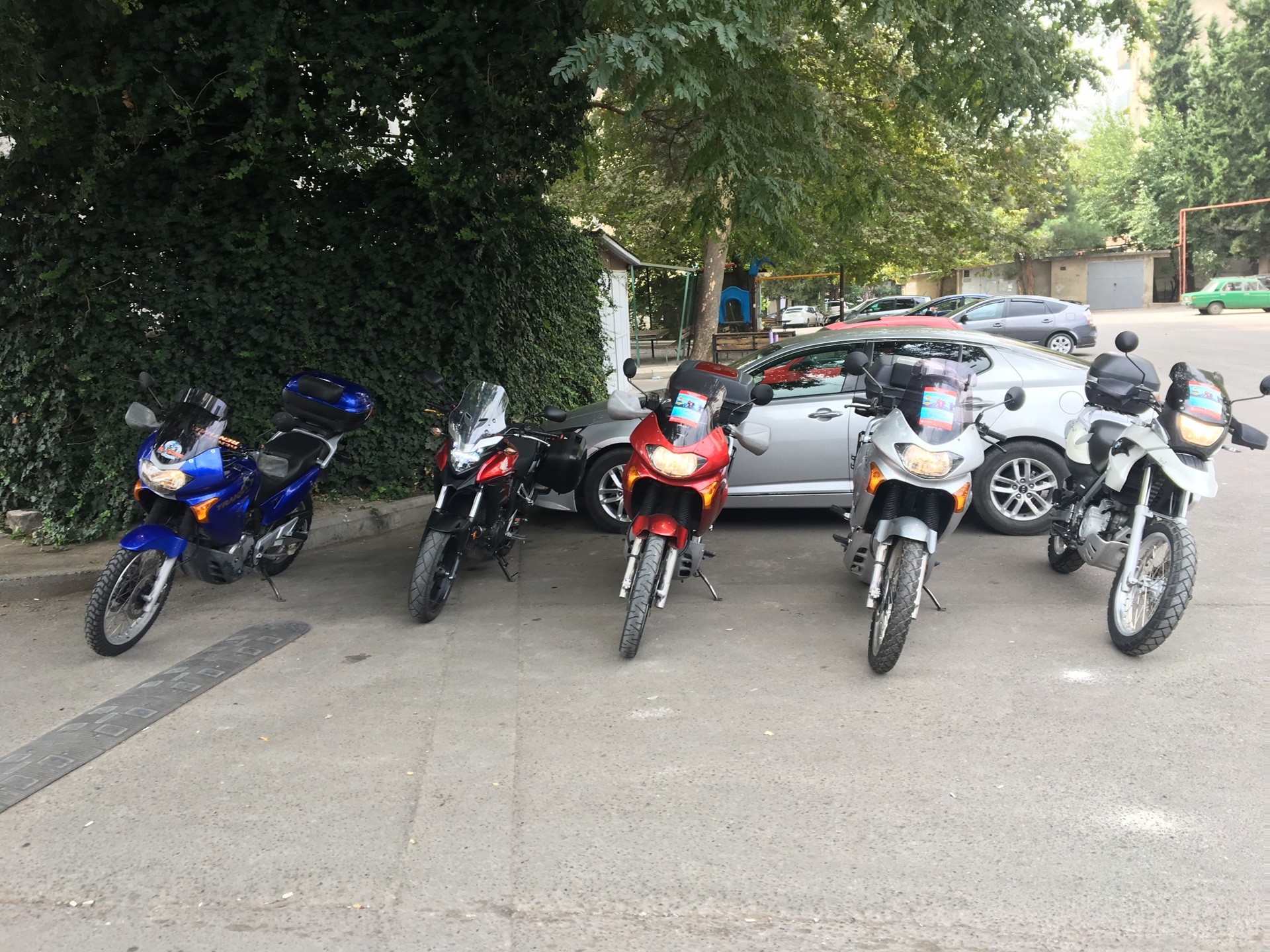 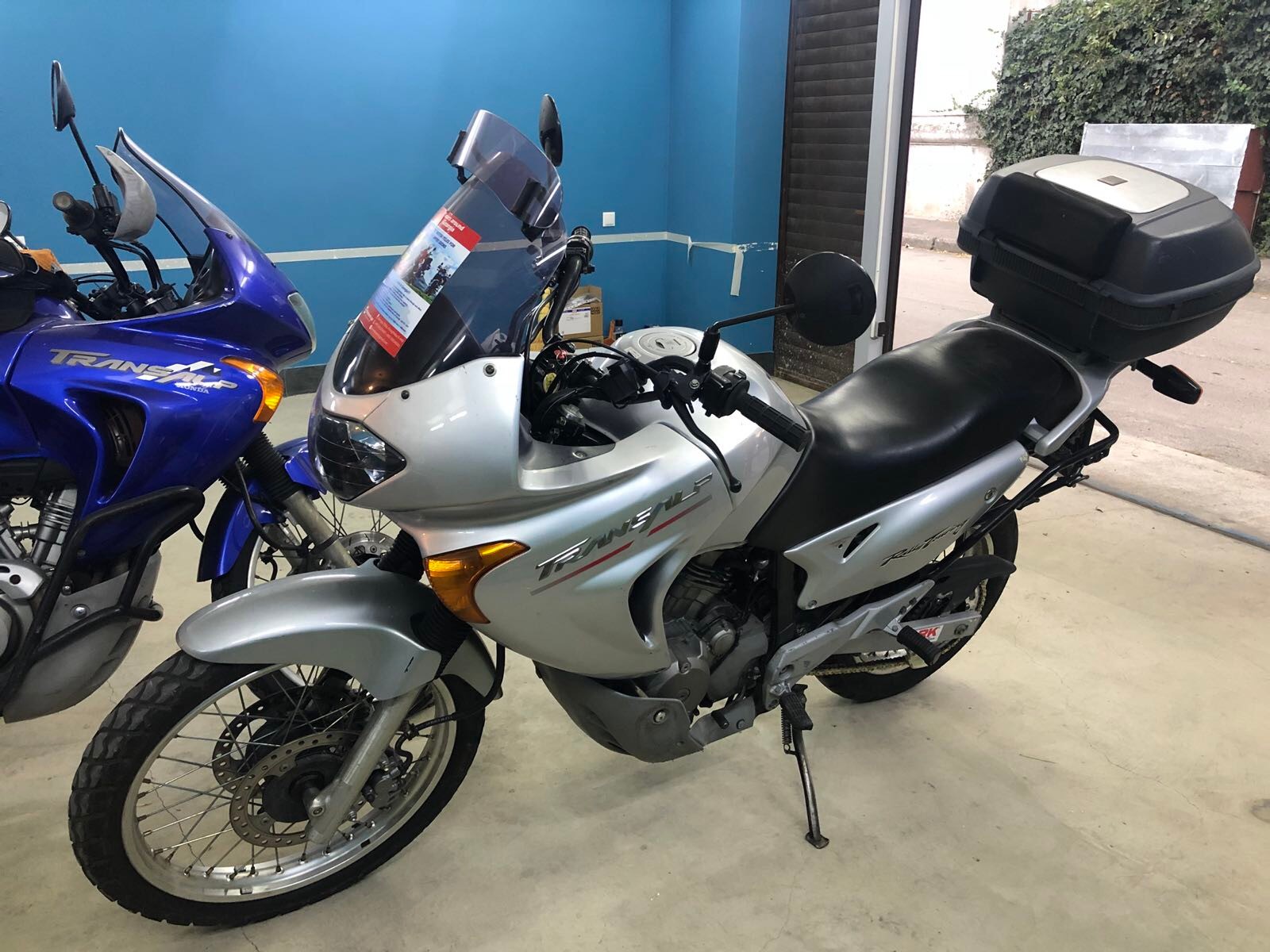 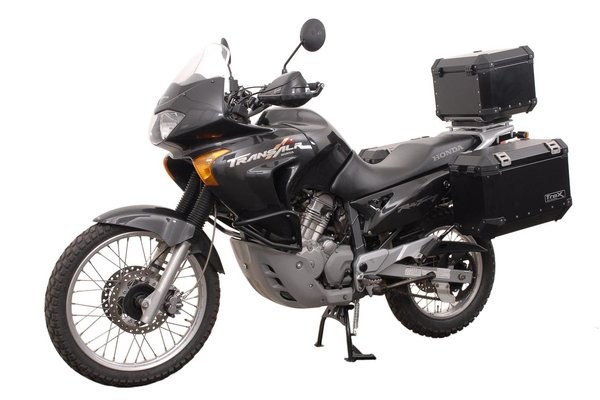 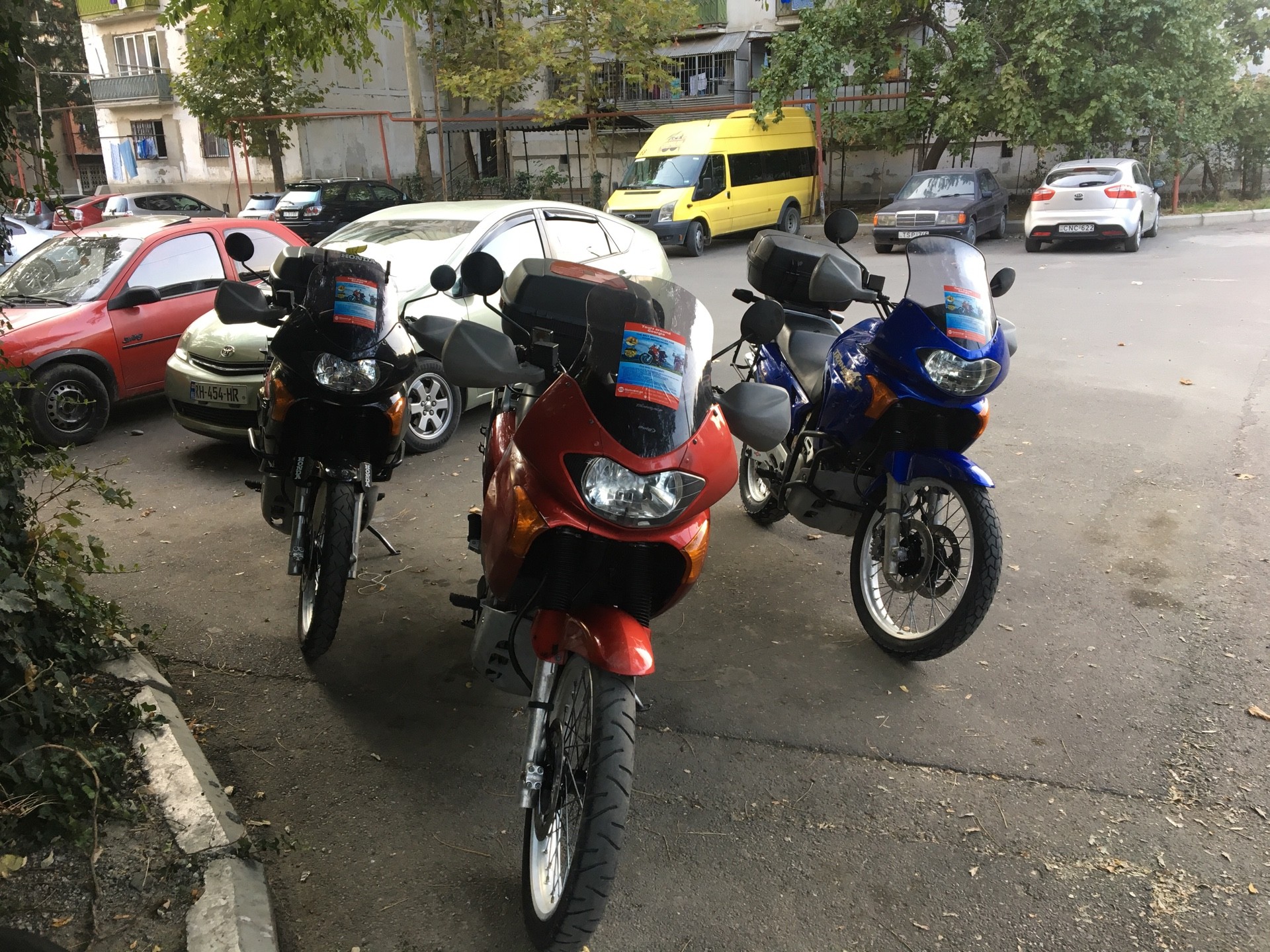 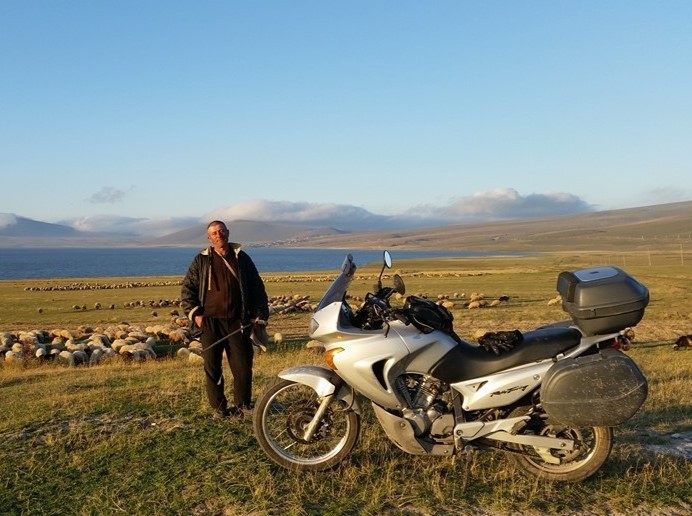 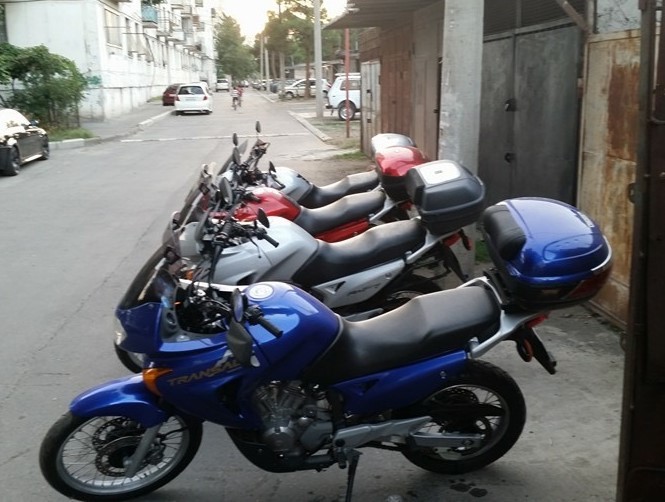 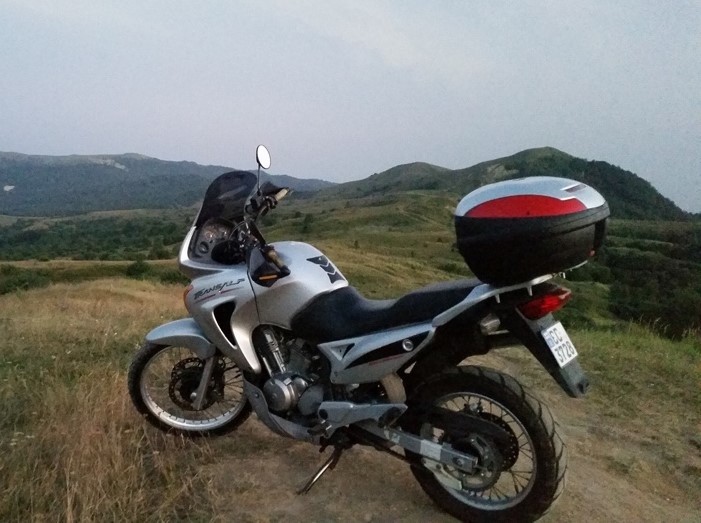 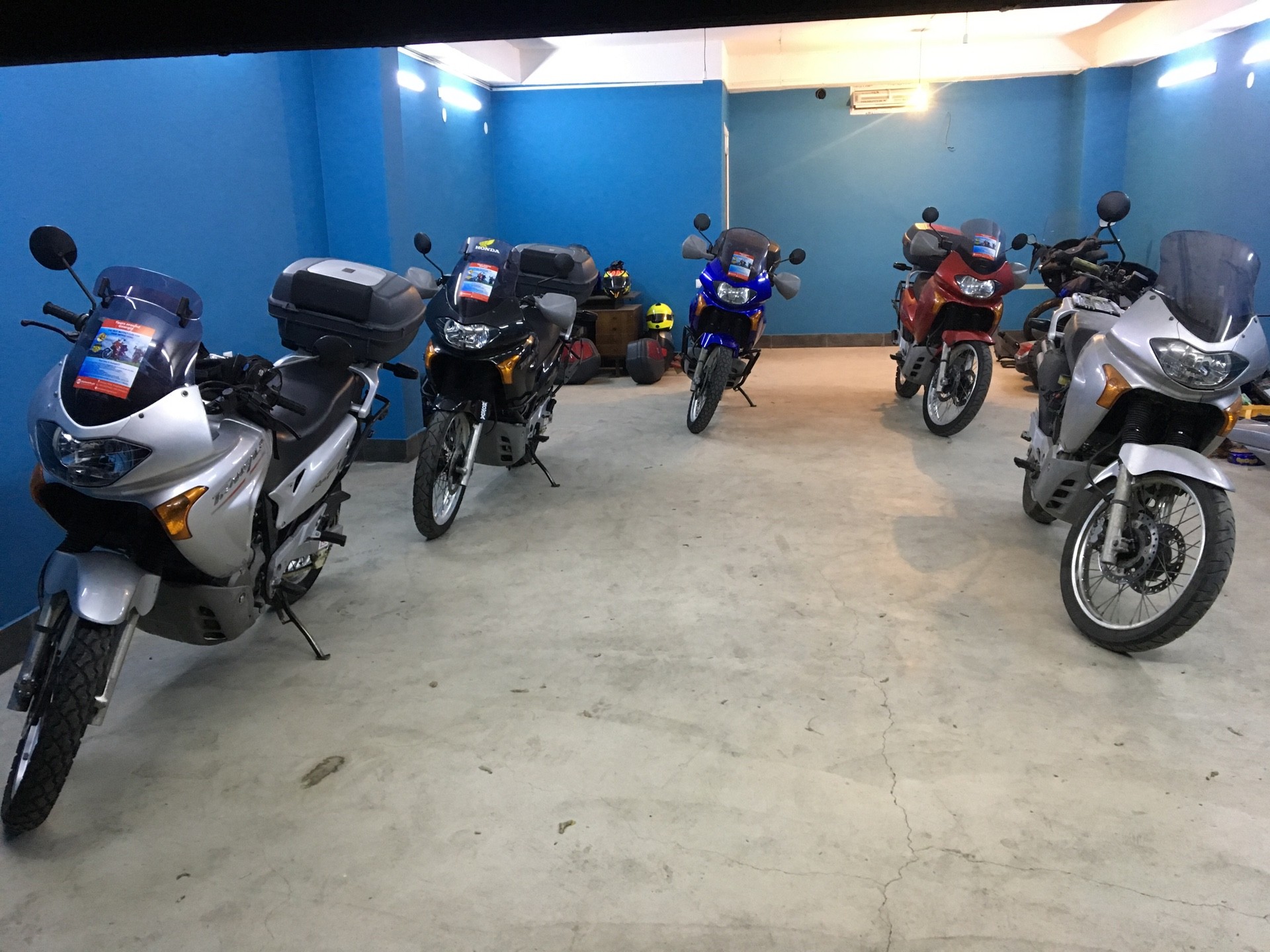 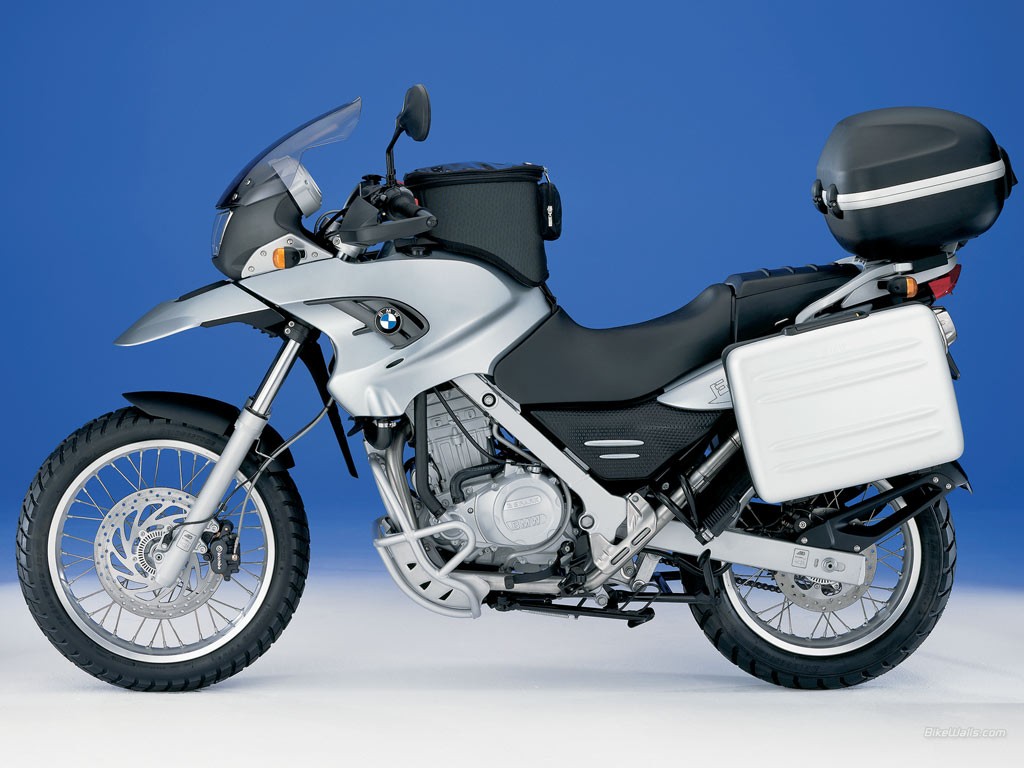 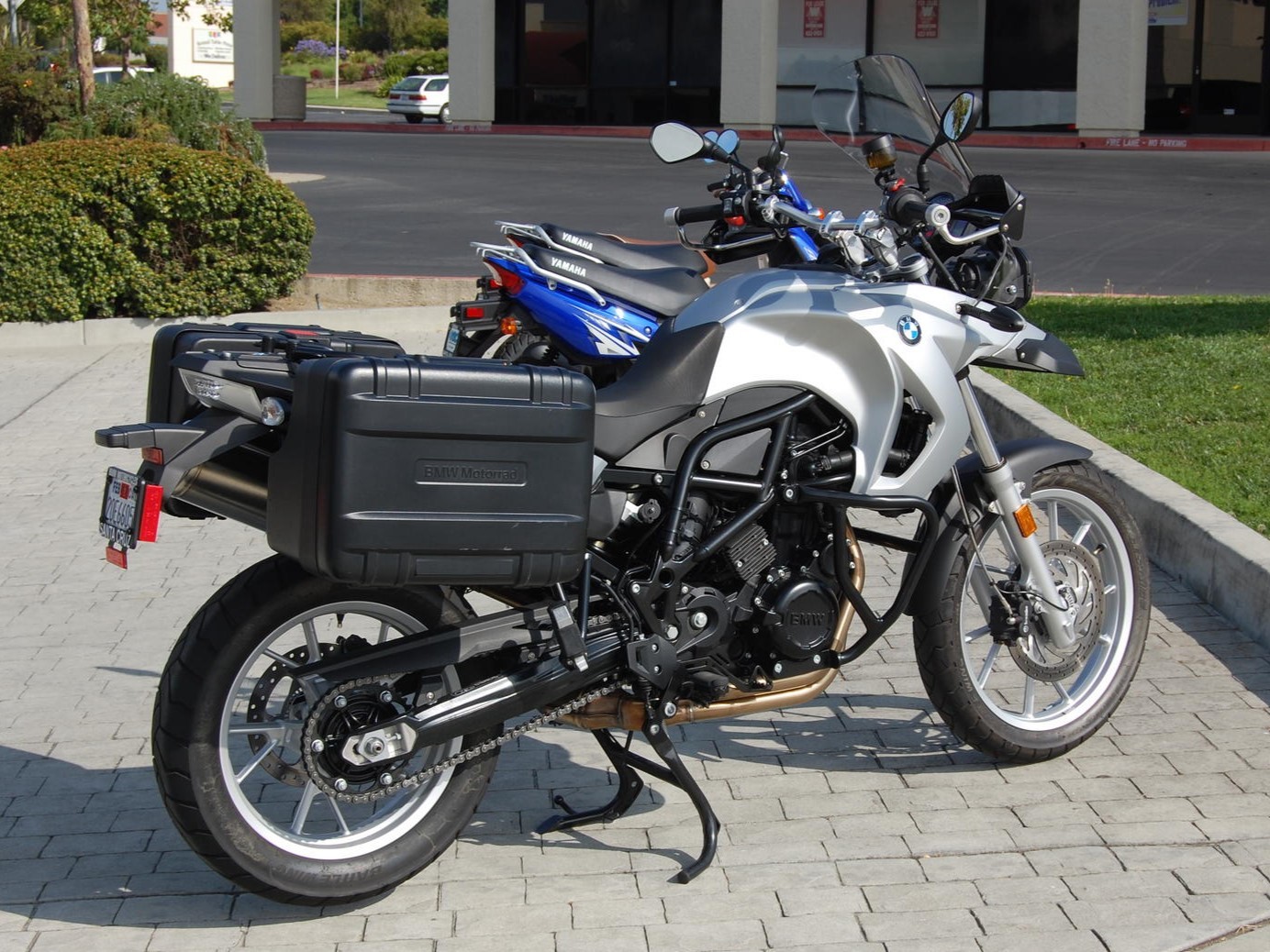 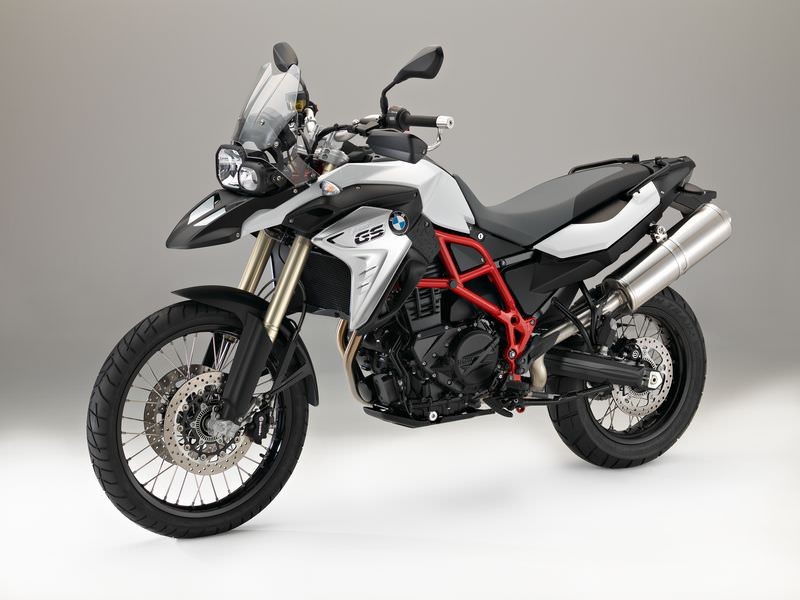 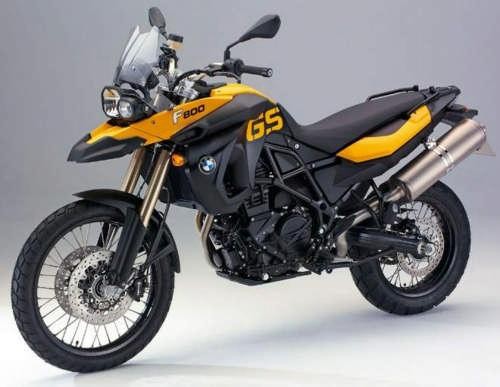 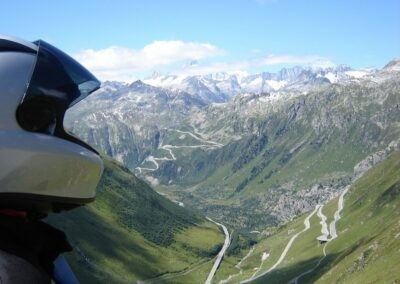 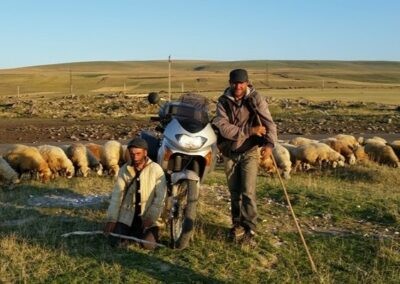 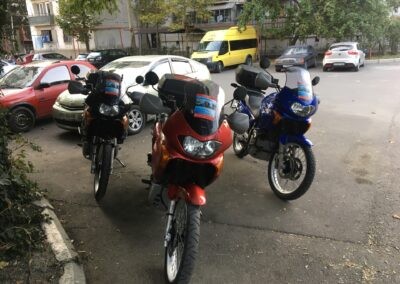 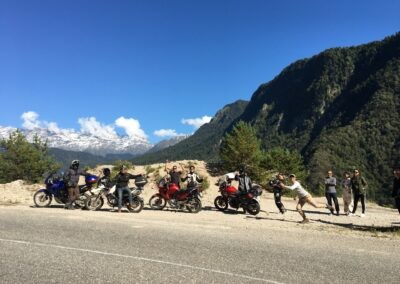 If you have any questions, please feel free to join our facebook discussion group dedicated to exploring Georgia. You will also be able to share your experience of the country and/or discover the photos of other travellers.